A Million Ways to Die in the West 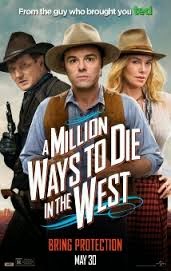 With winter starting tomorrow, it seemed a good way to spend a chilly autumn afternoon in the cinema.  What a waste of money, it was full of smutty stupid boy humour, with jokes about penises and sex throughout without any redeeming comedy scenes, except for a few brief cameos.  It seems to have been dreamt up by 20-30 year old manboys who locked themselves in a room with a whole load of westerns to watch, plenty of booze and drugs and dreamt themselves a script.

We give it a 1/5 for having some sort of skill to convince Liam Neeson and Charlize Theron to appear in this idiot venture.  Don't waste your money.
Posted by Poppy Q at 11:41 PM No comments:

Labels: A Million Ways to Die in the West

The Train to Warsaw - Gwen Edelman 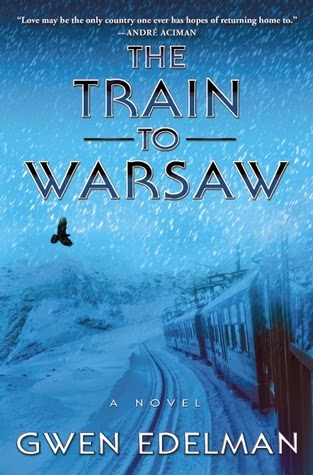 So this one was propped up in the new arrivals at the main library.  I read the cover, and really wasn't going to pick up another book, as I had a huge pile at home awaiting me.  I suffer terribly from book guilt, knowing that I probably spend too much time watching the television instead of reading, and should read more.  Still I managed to get it read overnight, which relieved my troubled mind immensely.  The thought of an impending long weekend made me feel better too, another day to sleep in and read in bed.


Jascha and Lilka are living in London, forty years after their escape from the Warsaw Ghetto in 1942.   Jascha, an author receives an invitation to do a reading in Warsaw, and this sees them on a journey back to the city they thought they would not see again.  Bringing back memories of their childhoods and family and friends they lost, this short novel is moving and brutal at the same time.

Although touching, somehow I felt a bit cheated reading this book, as somehow it did seem to brush over several areas, and I wanted to know more about their lives.  I couldn't quite believe in  the characters and picture them in my mind.  3/5

Everything to Lose - Andrew Gross 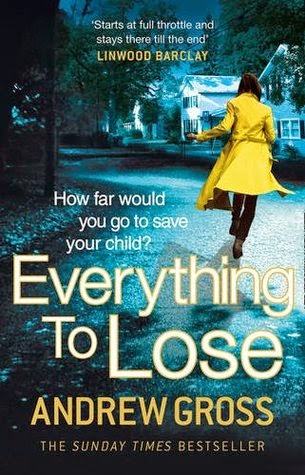 Mum whose life is fulling apart, although my sympathy did run out a bit as she seemed a bit spoiled - you know love it would be ok to downsize and get rid of the designer this and that.  Anyway,  you know the story, deadbeat ex, son with learning difficulties, the bills are mounting up and then you get in a crash and find a bag of money.  What would you do?

You know where it is heading from the beginning, and it did have a few twists at the end that I wasn't expecting which was nice.  A pretty harmless read.  4/5
Posted by Poppy Q at 9:34 PM No comments:

The Storied Life of A J Fikry - Gabrielle Zevin 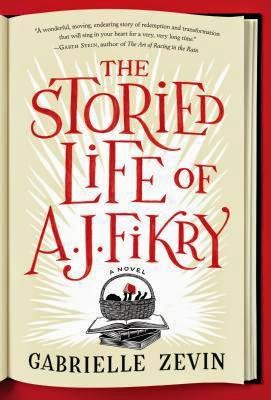 A. J, Fikry runs Island Books on a remote small island relying on the tourist trade to help pay his bills.  Life for him is not turning out as he expected it to.  Widowed young and living above his bookshop we meet all the characters who turn up and change his life.  It is a sweet book, charming in it's span of his life and the quirky friends who pepper his days, but somehow I just didn't buy it.  I just felt it was a little too Forrest Gump, in that there seemed to be a few too many cliches, the policeman friend, the unhappy sister- in -law and the philandering brother-in-law.  Still it was a delightful little read.  4/5
Posted by Poppy Q at 10:34 PM No comments: 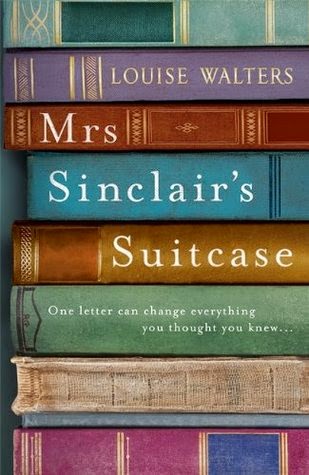 Roberta works in a second hand bookstore, and finds herself collecting the bits and bobs left behind in the old books they buy and sell, letters and postcards.  When she is given a suitcase by her father, she finds a lost letter to her grandmother, by the her grandfather dated after he was meant to have died in the war.

So the story spins back to Dorothea in a loveless marriage, and left to find her own way through the war.  Childless and lonely, she is visited by a Polish squadron leader, after one of his crew crashes in the field and is killed behind her house.

So although I might have been seduced into reading this book by looking at the cover (who doesn't love a pile of old books?), the story was enough to interest me and to enjoy the book.  4/5
Posted by Poppy Q at 8:41 PM 1 comment: 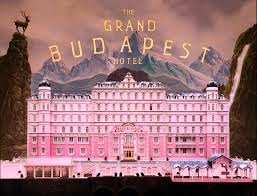 A sign of middle age and approaching oldism, is the fact that a 4pm movie on an autumn afternoon, followed by Vietnamese noodles is perfectly acceptable as an evening out, especially if one gets to be home by 8pm on the couch, in pyjamas for a quiet night in.  We wondered, in a cinema where 3/4 of the audience were over 60 years old if they enjoyed the movie?  I had been told by one of my patients during the week, that in fact it was the worst movie they had ever seen.

For me, I am on the fence on Wes Andersons movies.  I can see the charm and the magic sprinkled with a kooky sense of humour, I just wish they were more funny or witty, that I came away thinking it was a touch of magic.  Instead I see something very visual and composed, but it just feels kind of empty and soulless.  I also think that there is movie snobbery at work, just like those who ignore popular fiction or search for the never heard of but super cool indie band, I think that there is a club of cool hipsters who will list this movie in their all time favourite top three.  To me it just reeks of a self indulgent director indulging themselves in their passion and much like Quentin Tarantino who makes boring eye candy and Peter Jackson who spends too much time devising intricate battles or 40 minute fights with spiders, I feel the story is neglected and for me the very magic of a movie or a book, is that the story should be the most important part.  No matter how visual or beautiful a movie is, if you are not touched by a character or their tale, it never remains with you.

So a 3/5 from me, only because secretly I love Ralph Fiennes and was glad to see that he Owen Wilson cameo only took up about five minutes.
Posted by Poppy Q at 12:24 AM No comments:

Bones of the Lost - Kathy Reichs 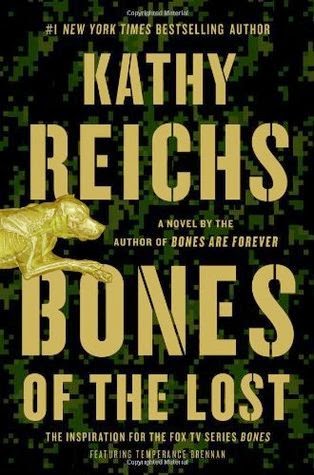 I keep thinking that I will shelve the Dr Brennan series, as I have lost the love.  I can't bear the tv series which rolls out the same premise week after week, with only a shred of science thrown in and a see through plot.

When I picked up this book and started it, it had potential, the beginning kept me interested but by about half way through, I just became a bit confused about where it was all leading, and disinterested in what happened.  I can't believe that a Forensic doctor would go off investigating a case by herself, in the middle of abandoned alleyways and carparks.  Hasn't she learnt?  Especially after seeming to be kidnapped/attacked/drugged in the past 15 books?  It just doesn't ring true sadly, as I feel Kathy Reichs is a good writer and I am sure has a huge body of material from her job, the books are becoming too formulaic for me and it is the author that is becoming lost.  3/5.
Posted by Poppy Q at 12:19 AM No comments: 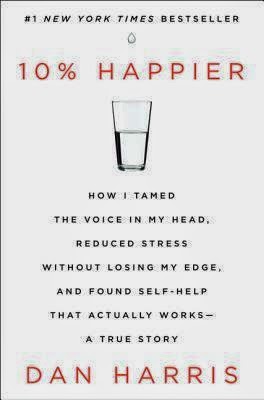 Dan Harris is a US news anchor, who after a little panic attack on air, realises that he needs to find a way to de-stress and calm the little internal monologue going on in his head.  Looking at various forms of meditation and mindfulness, he kind of does the research for you.  Exploring and reading various authors and leaders in the whole mindfulness movement, he discovers that a little bit of meditation does improve things for him and hopefully will help the reader.  4/5 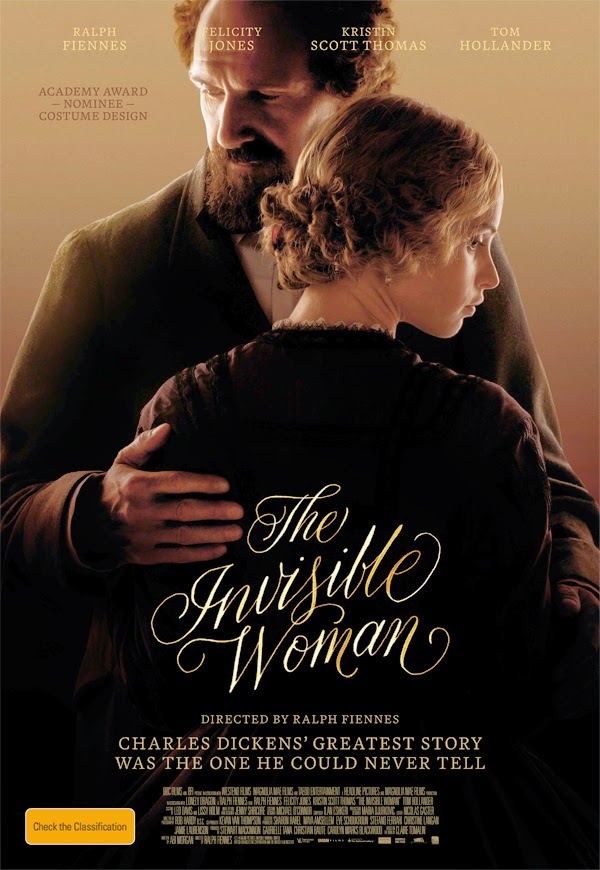 It was a bleak windy and wet day here in the capital city.  Nothing like a little sleep in on your day off, so I pottered round at home for the morning, but was determined to head out for the afternoon.  I promised myself I could go to the cinema, as long as I headed to the local hair salon first to make an appointment for Friday.  Choosing a new salon or hair dresser feels a little like making a first date - a little scary, but exciting.

So there were only five of us in the little arthouse cinema, which was fine as I got a couch to myself.  This movie is the story of Ellen Turnan, his mistress who he met when he was 45 and she was only 18, after being employed to be an actress in one of his plays.  The movie is told in flash back form, as we meet her older and married and running a boys school, she tells her friends that she only knew Charles Dickens as a child, hiding her history with him.

Although quite serious and a bit slow, for me, I enjoyed the movie.  I love the British costume dramas, all the interiors felt right, the scenery was lovely and in this one the dresses, hair styles and bonnets were awesome.  So very pretty, but lived in and not over done in garish Hollywood approximations.